When a job requires a worker to dangle from a rope hundreds of meters above the ground, it’s a sure bet that worker wants his company to have the best safety protocols in place in order to make it back to Earth in one piece.

That’s an important philosophy for GEV Wind Power, where strict and comprehensive safety measures are tightly woven into the fabric of its daily operations.

GEV Wind Power is one of Europe’s leading wind-turbine maintenance companies with teams working on more than 40 wind farms both on and offshore every year. To meet those demands, GEV’s workforce must react quickly and efficiently in order to reduce the cost of lost production.

“The whole industry has been terribly slow to recognize the criticality of wind-turbine blades,” said Alastair Gadney, managing director of Specialist Divisions at GEV Group. “These blades take more of a hammering than anyone anticipated.”

The experts and expert positions at GEV Wind Power who deal with blade maintenance help drive down that O&M cost.

“For the moment, it’s all an increase,” Gadney said. “There’s no doubt about it. Overall, O&M is on an increase, and certainly the blades are turning out to be a much, much bigger and faster-growing area.”

An integral part of how GEV Wind Power stays competitive in its field is through its safety program, 1st4Safety, which stems from its desire to empower its workforce, Gadney said.

“Workers are encouraged to report anything they feel is unsafe by literally waving a red ‘stop card’ to their supervisor,” he said. But it doesn’t end there. “The guys can actually say, ‘no,’”

Gadney said. “Below that, you’ve got to have a culture in your company that is open to reporting and encourages feedback that supports our technicians when they say that they have issues and when they come back and say they’re not content. And in order to do that, you have got to have a really robust and professional set of protocols in place.”

Many of those safety protocols find their origins in the oil and gas industry. Umbrella company GEV Group started in oil and gas when the company was founded in 2008.

“It was the core business,” Gadney said. “It started in 2008 supplying services and personnel to oil-and-gas assets.”

About two or three years later, the company realized the access skills used in oil and gas were transferable to wind farms and wind turbines, he said.

“The oil industry, I guess, if we’re being honest, learned from its mistakes,” Gadney said. “It’s endeavoured to enforce a really rigid and appropriate safe working environment. And we’ve adopted that. We already have that knowledge from oil and gas, and we’ve pushed that into wind.”

Adding to that safety environment is the experience to keep it current.

“We also bring in the fact that we’ve got extremely qualified technicians,” Gadney said. “All our guys are trained to the highest OEM standards.” A surprising takeaway from a business that repairs and maintains turbine blades is that, although the industry recognizes qualifications from different OEMs, there is no set standard of blade-repair protocol, according to Gadney.

A growing base for GEV Wind Power is utility-scale owners. GEV is offering its predictive maintenance planning, Blade247, to these clients across the U.S. Blade247 takes the worry of blade maintenance away from clients and allows them to predict their cash flow with the knowledge that GEV is maintaining their blade fleet.

In order to land those big contracts, GEV backs up its reputation with the scale of workers it’s developed.

“We probably have the largest number of workers in Europe,” Gadney said. “We can call on about 120 technicians and currently have about 85 of these deployed. And for an independent service provider, that’s pretty impressive.”

The safety protocols at GEV Wind Power also enable its workers to grow and advance.

According to Gadney, all GEV Wind Power workers come in with a basic safety understanding. The first level of that includes its rope-access workers, who already are focused on safety by the nature of their daily routine.

But if some workers want to take on more — becoming adept at first aid, for example — they advance to the next level. More experience on top of that would advance a worker to an even higher standard.

“We would only expect to have one or two of these in the company, and they would be our platinum go-to person,” Gadney said.

Those standards are important to GEV Wind Power workers, and those workers proudly display badges that let others know what they’re capable of.

“What it’s saying to people externally is ‘I’m part of GEV Wind Power, and I’m part of this fantastic safety culture.'” Gadney said.

If a robust safety culture is the crux of GEV Wind Power’s success, it is its innovation that drives it.

For years, technicians accessed turbines using ropes, but the industry is moving toward platforms. In the U.S., platforms have been the norm, but in Europe, it’s been more rope access, according to Gadney.

Platforms give a technician much more flexibility where larger repairs can take place.

“But you are still limited by the weather — the humidity, the temperature, and of course, the daylight hours,” Gadney said.

This is where the patented GEV Wind Power Ventura Blade Habitat comes in. It creates an artificial environment around the blade area where outside conditions are no longer a random factor that can adversely affect repair schedules, he said.

“I can control temperature; I can control humidity,” Gadney said. “Then I can introduce artificial lighting, and I can extend my working day. Then, I’m suddenly offering massive benefits to clients.”

In a blade-repair environment, a customer will allocate a number of days required for repair, according to Gadney. Of those days, about half of those could be lost to wind conditions, and the other half might succumb to poor weather conditions.

“If I can extend my working day or my repair season because I can undertake repairs in otherwise prohibitive conditions, then I’m allowing the owner-operator to maximize productivity during the downtime he allocates to blade repair,” Gadney said.

Adverse wind conditions are a factor beyond a technician’s control, but now, with the Ventura Blade Habitat, potential repair times that might be lost to temperature, humidity, or even shorter daylight hours are no longer a problem, which, in turn, makes a massive difference to the wind farm’s owner-operator, according to Gadney.

“His turbine is productive for longer, so therefore AEP goes up, and he reduces the maintenance costs because we’re undertaking the repair with the days he’s already allocated and not having to reschedule a maintenance,” Gadney said. “So, not only are we improving the AEP, but we’re also decreasing the O&M costs, so we’re making a bigger contribution to improving the levelized cost of energy (LCOE).”

The standard protocol for inspection has been to take a photograph of a problem area, download that into a paper report, and send the report off to be reviewed. If it’s under warranty, then it goes back to the OEM, where it could be weeks or sometimes months before a repair campaign is finalized. GEV Wind Power has developed the Intuitive Repair and Inspection System (IRIS) to help cut those inspection-to-repair times to a fraction of what they used to be.

IRIS allows the technician to completely digitize the inspection report using a tablet such as an iPad.

“We are giving the technician the ability to take photographs and report in a consistent manner,” Gadney said. “You don’t have to worry, about legibility, because all information is entered on a keypad. The technician has a connectivity that is almost global; he can send that information straight back to the expert who nominally, could look at that report in the next 24 hours and could have repair advice back to the technician within 48 hours. That’s a massive difference.”

In addition, the technician also has a history of the repairs and inspections for an individual turbine at his fingertips in the field, he said.

“The repair report you’ll get out will be consistent; it will be very timely, enabling us all to invoice quickly, turn the job around much faster than ever before,” Gadney said. “And with greater accuracy of data as well. We’ve introduced IRIS this year, and we’re finding it to be a huge benefit to us.”

GEV Wind Power also has made advances in blade inspection using remote cameras. By combining a camera with a telephoto lens and innovative computer software, the inspection system can index the blades and check for potential problem areas much quicker than a technician on a rope, according to Gadney.

“Offshore, we can inspect two turbines a day; onshore, we could inspect up to five turbines a day,” Gadney said. “The remote camera is a great alternative to the traditional alternative of sending a technician up a rope, which can take a whole day to look at one turbine.”

A main goal of GEV Wind Power’s innovation programs is to help keep the bottom line down for owner-operators.

“That’s another area where GEV Wind Power in particular is bringing innovation to the marketplace, keeping the pressure on driving the cost down, increasing productivity and reducing the O&M costs, and at the same time positioning us as the go-to company,” Gadney said. “It’s a two-branched approach that we take.”

GEV Wind Power is constantly contributing to and adding efficiency to the supply chain, and it’s doing it through innovative products such as its Ventura Blade Habitat and the IRIS tablet-based reporting system, he said. Those, in addition to its comprehensive maintenance programs offered to owner-operators, all contribute to driving the cost of wind power down.

“There’s a lot of damage out there,” Gadney said. “And so our purpose is to truly help the industry try to drive down these costs of O&IVI and pass on savings to clients.” 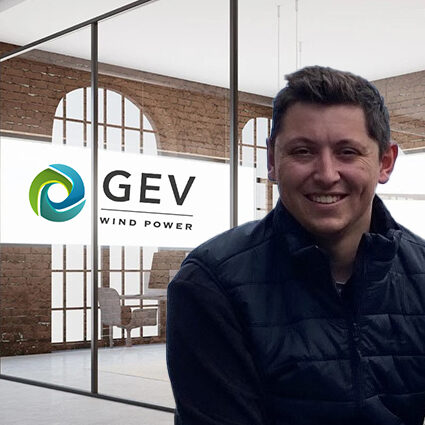 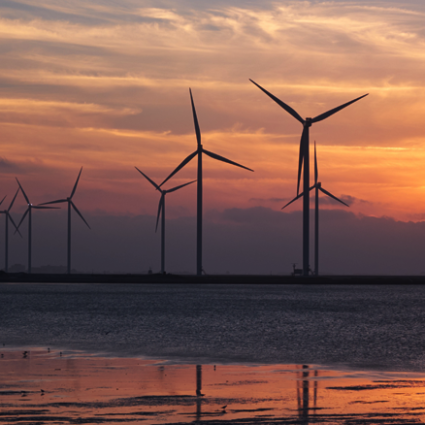 Reflecting on 2022 at GEV Wind Power 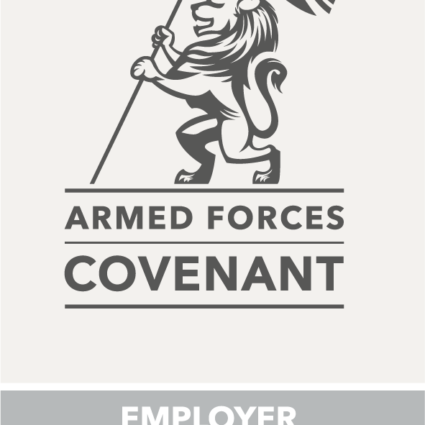 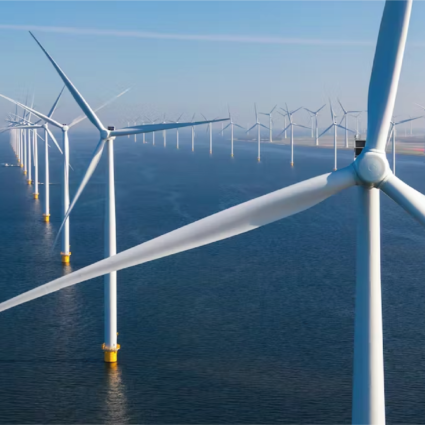